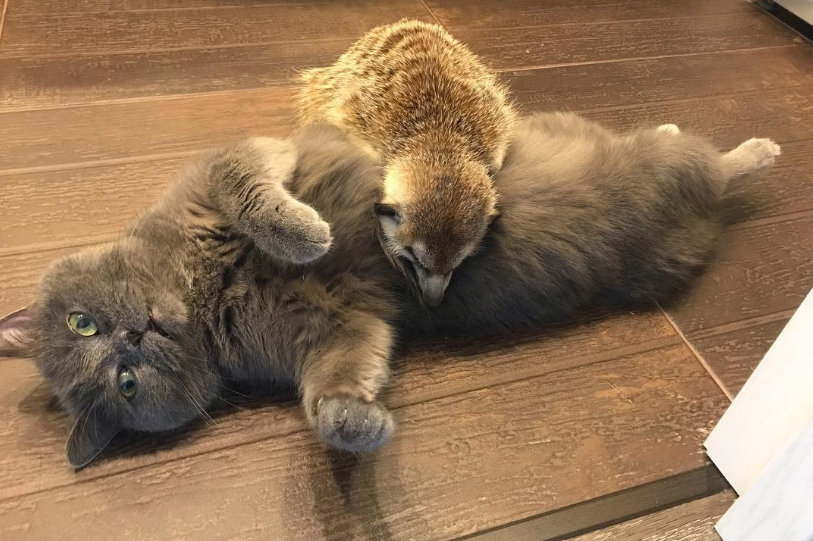 It’s no secret that animals can make friends just as well as humans, even though they belong to different species. The story we are about to tell you is a direct proof of that.
In St. Petersburg, a cat and a meerkat coexist wonderfully in the same house, although by their nature they are completely different animals, they do not have a soul in each other. Once a meerkat was bought out of a petting zoo, where he served as just a living toy for children. Now no one will hurt him. 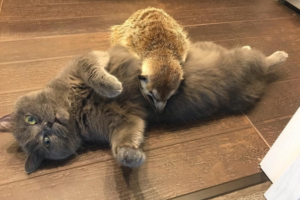 Surya (that’s the name of the meerkat) has experienced a lot in his short life. He was born near Moscow in a petting zoo and would have been squeezed by a crowd of children, if not for journalists from Yekaterinburg. They bought the animal and transported it to the Urals. 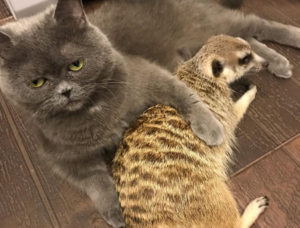 While they were looking for a suitable place to live, Ekaterina, an editorial worker, took him to her place. At home, he immediately fell in love with all the members of her family and even the cat.
“He instantly swore allegiance to the cat and “declared” him the leader of a small but proud meerkat family,” says the woman. It so happened that in this temporary house the meerkat stayed for a whole month. 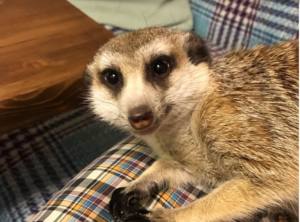 During this time, the meerkat got used to Ekaterina — according to her, he was not afraid and did not run away when they wanted to stroke him, and also came to sleep in people’s beds.
Therefore, he remained to live in this house with people and with his beloved cat friend.