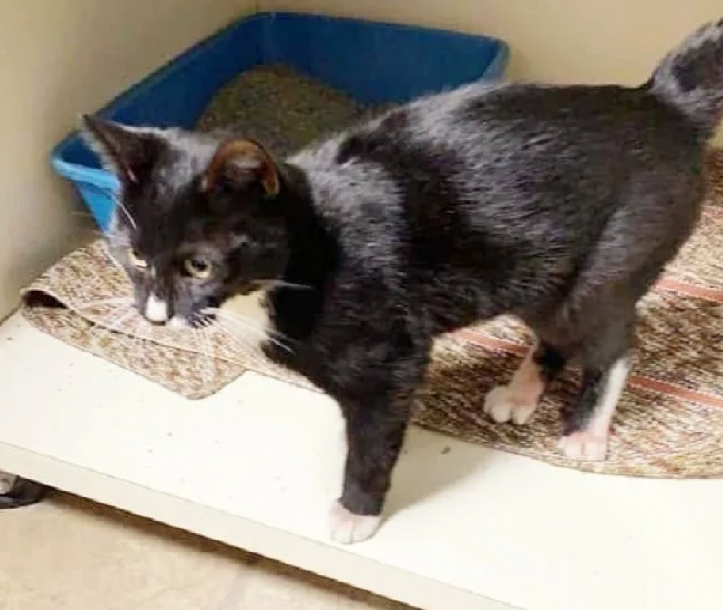 The hero of this story is the cat Cosmo. The cat got his nickname in a shelter, which he got from the street of one of the US cities. Life on the street was not easy for Cosmo — one day, evil people caught him and painted his paws. 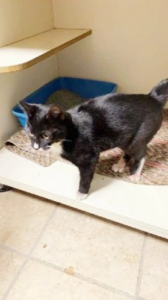 After this, a terrible fate gave the cat, because it is in this way that cats are marked, which are made victims during dog fights. Although officially such violent entertainment is prohibited by law, there are those who arrange fights illegally. Other animals are used to irritate dogs before a fight, including street cats are often used as bait. 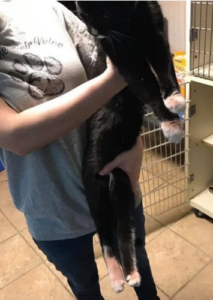 Cosmo was lucky, he was not only able to escape, but on his way he met a driver who realized that the cat was in trouble, so he caught him and took him to the shelter. The staff immediately began to wash the paint off the cat, which had not yet completely dried, then Cosmo received his lunch and an examination at the veterinarian. The cat was very scared and wary of the shelter staff, but the volunteers are confident that time and care will heal him.