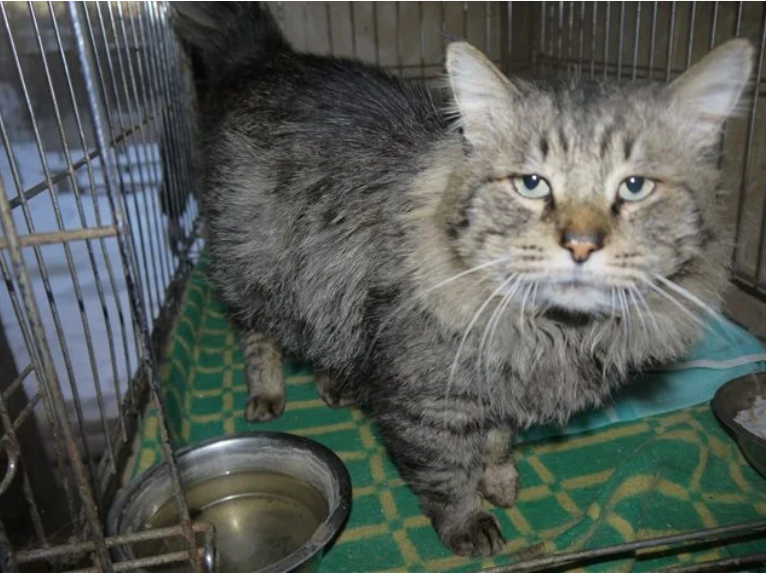 Marriages at 20 are considered early. Thirty years ago, young people were already in a hurry to have children, but now they are not in a hurry. They try first to decide on housing, to find a good job.
Yes, and feelings check does not hurt.

Here is another couple — husband and wife are 22 years old. They plan a long life, heirs — but not immediately. You can still enjoy each other, tune in to the children, get ready.

But if you want to take care of and love someone, it would be nice to practice on cats.

That’s what they decided on.

The cat will brighten up the evenings, cheer you up. It will also teach you to regularly take care of yourself, completely depending on them.

So the couple went to the shelter to choose a new family member.They did not want a kitten — active kids require a lot of attention, they tear the curtains … 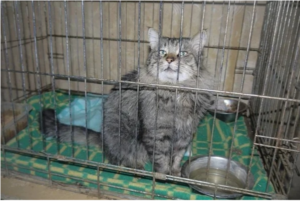 In general, they create a lot of trouble and get bored, it’s worth going to work. But an elderly and calm cat seemed to them a good idea.
They wandered around the shelter for a long time, and without saying a word they chose a large cat, who was at least ten years old. He lay in his cage in a relaxed position, looked around and did not worry about anything. A yard cat with a past, tired of life on the street, what could be better?

The newlyweds understood that there would be no problems with him. He will not jump around the apartment, will not hang on the curtains or yell. This lazy man only needs a pillow and a bowl, they rejoiced. We’ll feed it, treat it — and it will purr next to us while watching TV shows.

Outside the cage, the cat perked up and began to look around. Willingly went into his arms and began to purr. It seems that behind bars he was tired of worse than bitter radish.

He surprised the new owners while driving the car. He begged to let him out of the carrier, leaned his paws on the glass and sniffed the air. He frowned quite a bit, he was not afraid of anything. I wonder where and when he traveled before? He wasn’t afraid of the sound of the engine or the new smells. 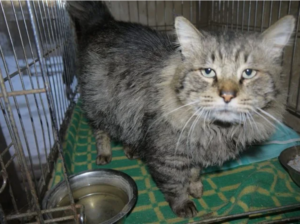 But the new apartment confused him. The cat went there half-bent, looked back at the people and moved to every corner in a plastunsky manner. Cautious, careful, he expected an attack from every sock on the floor. It took him a few days to get used to the environment. At night, he climbed under the bed, and the newlyweds could not get enough: no screams and races.

But the cat decided: such a life is boring for him.
As soon as he got comfortable, he began to move around the apartment by running. Good food, vitamins, love of the owners — and he looked younger. I constantly wanted to play and communicate, the spouses were only amazed.

Fortunately, at night he did not allow himself such a thing, he waited for the alarm clock. But as soon as the bell rang, the sticky cat did not lag behind, meowed, rubbed its nose — and the young people were never late for work again.

He lived for 4 years, and never once made the guys regret that they took him away.