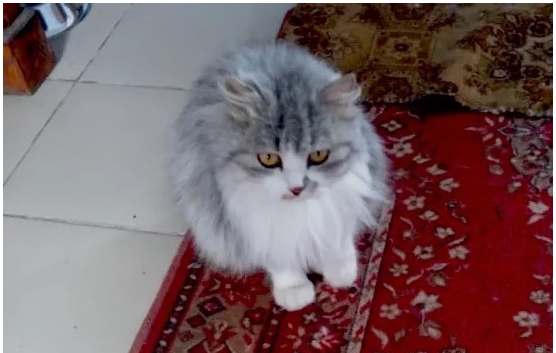 A resident of the Kursk high-rise building noticed a cat that was lying in a snowdrift near the house. The man felt sorry for the animal and he took it to the entrance, that’s just where his concern for the cat ended. Leaving the animal at the entrance, the man simply left.

Elena saw Frosya at the entrance. The woman immediately noticed that the cat did not get up, and also that she had problems with her spine and vision. Elena began to feed the cat, but when her neighbors found out about this, they began to demand that the animal be sent outside, while people were not stopped by the fact that there were severe winter frosts. Lena felt sorry for the cat, but she couldn’t take it, so she called me. 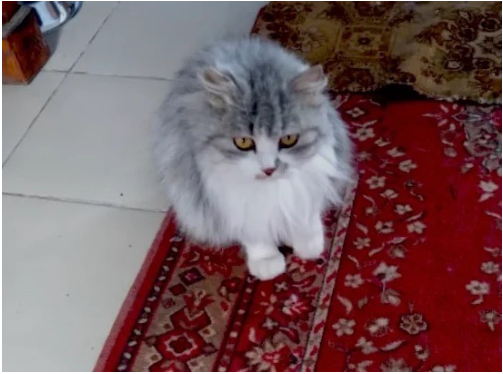 Frosya lived at the entrance for a week, crawling with difficulty and without any veterinary care.

We took the cat to the vet immediately. The examination showed an injury and a viral disease. Frosya was very weak, so the veterinarian will immediately prescribe medication.

Looking at Frosya and her behavior, as well as knowing the story of her appearance at the entrance, I realized that she was banally thrown out of the window of a high-rise building. The cat was clearly domestic and did not know how to live on the street at all. 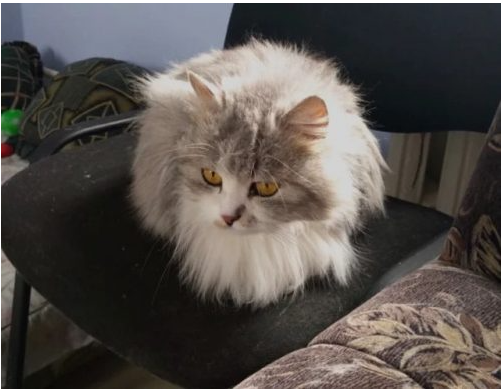 For the period of treatment and rehabilitation, Frosa needed a house and a cold entrance was in no way suitable for this role. I couldn’t take the cat with me, because I was looking after a connection with a weak immune system and was afraid that he might catch a viral disease from Frosya.

At all overexposures, I was refused, because no one dared to contact a sick animal. The last thing I dialed was Dennis’s number. The man maintains a zoo hotel for dogs, at different times I arranged for him to overexposure and my wards. Overexposure was paid, but, fortunately, Denis found a place for Frosya.

Now the cat lives in a warm apartment, which was just empty when she moved in. In addition to shelter and food, Frose provide excellent care and necessary medical care.