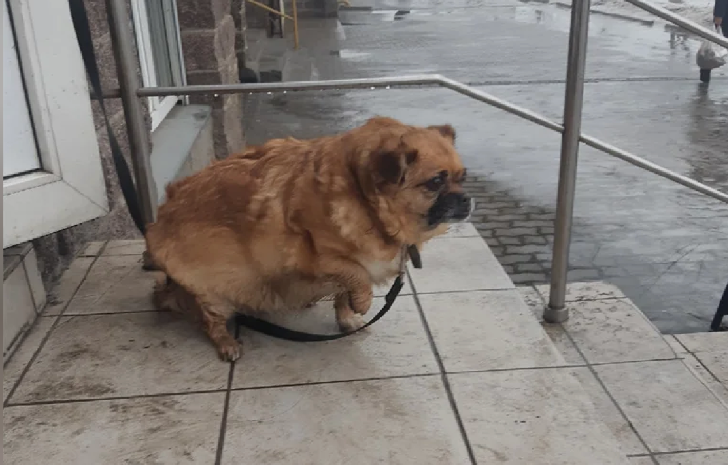 The photo of the dog, which was tied to the railing at the store and left like that, began to spread quickly on social networks. There were dozens of indignant comments under the photo, but much more often people expressed the hope that the owner of the animal simply turned out to be an unusually forgetful person and would return soon. The animal was at the store for several hours and was very frozen. In order to somehow warm up, she alternately pressed her paws under herself, trying to warm up. The dog did not let people near her, she quietly growled at everyone who tried to pet her. 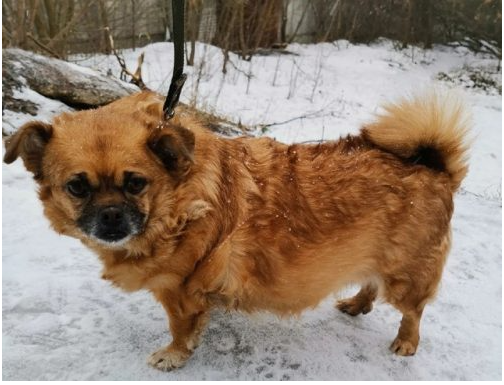 A few hours later, someone recognized the dog from a photo on social networks and wrote that its owner was in intensive care, so he will not return for the animal. There were no confirmations or refutations of this version. After a while, the news about the animal caught the eyes of the neighbors of its owner, who wrote that the man had recently died, and his sister decided not to mess with the old pet and got rid of it, tying it up at the store. 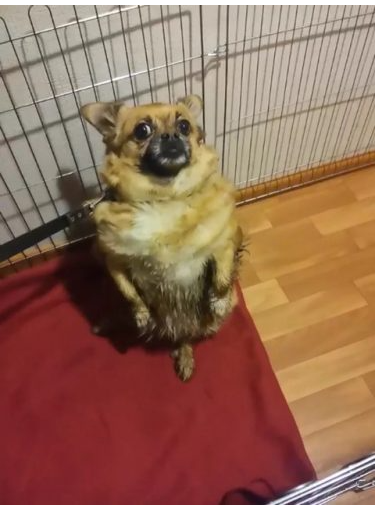 It was difficult to understand what led the woman and how it was possible to do so with the best friend of your deceased brother. Perhaps grief affected the woman so much that she herself did not fully realize what she was doing, but perhaps she thought carefully and weighed her cruel act…

Julya has never lived on the street, she is used to being warm and surrounded by care. She didn’t know how difficult life on the street can be and she didn’t imagine how to get food for herself. She turned out to be completely alone and nobody needed her. 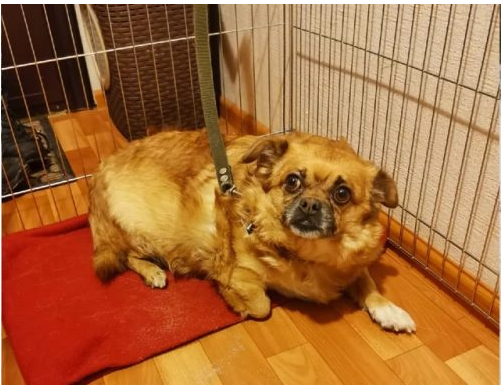 Neighbors of her owner took Zhuly from the store, but they could not leave her for longer than a couple of days, since they already have a pet. The dog is very worried, because she has lost her owner and her home, and she does not know what will happen to her. While Julya lives with neighbors who take care of her, but she is very sad and yearning.