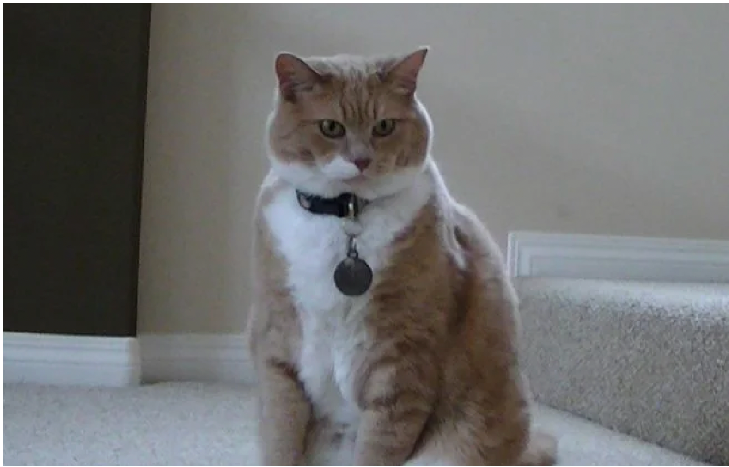 For many years the cat lived in comfort and care. He had a home and owners who loved and spoiled him. Indulging all the desires of the cat led to the fact that he was rapidly gaining weight. When the situation got out of control and the cat became about ten kilograms, which was several times higher than the norm, and his owners decided that treating obesity was too expensive and time-consuming, so they simply put the animal outside.

The cat gradually got used to street life. One day he found a place in the sun to warm himself, just then a car stopped next to him. The driver got out of the car and went to the cat, but the animal accustomed to people did not even think about fleeing. Marcus, that was the name of the man, noticed a very large cat, he also noted that the animal was well-groomed and did not look like a tramp at all. The man decided that the cat was lost, so he took him to the shelter. 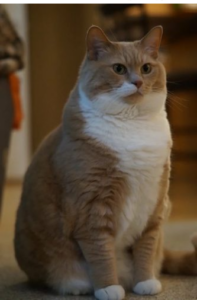 In the shelter, a cat was found to have a chip and the owners were identified. Having called them with the good news that the cat was found, the volunteers heard from the former owners that they no longer need the pet and they will not take it away, since no one intends to spend time on re-educating the glutton. The cat could have stayed at the shelter, but Marcus decided that their meeting was not accidental, so he kept the animal for himself. 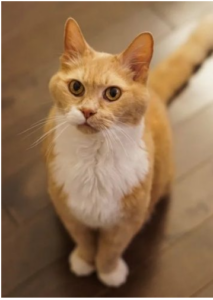 The new owner named the cat Kato, and immediately set himself the task of helping the cat lose weight. Kato resisted the plans of his new owner with might and main, because in addition to the food that Marcus gave him, he actively dragged food from the table. The man decided that he should be stricter with the pet, so a diet and a balanced diet without snacks followed.
The fight against excess weight took several years, but in the end, Kato managed to lose weight to four and a half kilograms. The cat has learned to eat properly, even if there is more food in its toe than it should be, the animal will eat exactly its norm.