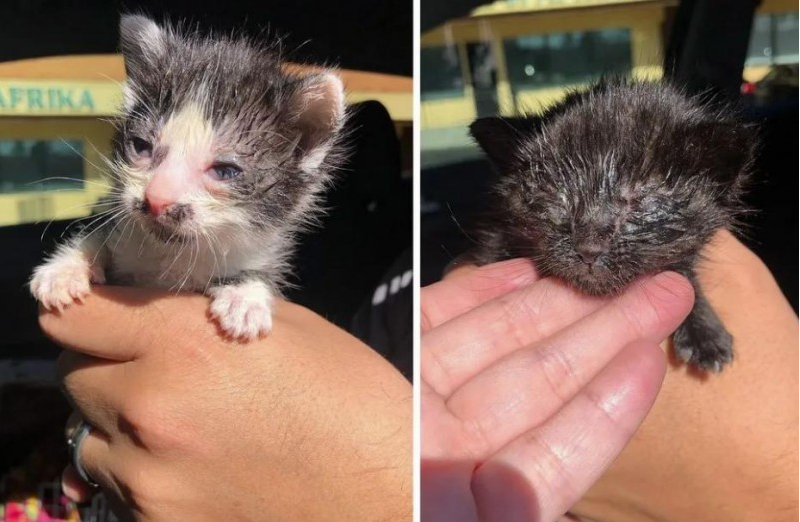 These crumbs were found near the trash can by a resident of Las Vegas, but such a story could happen anywhere, in any country in the world. The little ones squeaked for a long time, already losing hope that someone would take them away.

But by morning, one of the local residents found these kids, still blind, and immediately took them away and warmed the poor things. Then he contacted animal rights activists, suckling kittens require careful and caring care. 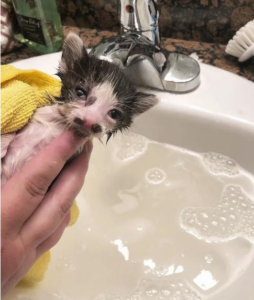 Dirty, emaciated and dehydrated, they were quite weak. An infection got into the eyes, they hardly got up on their paws.

Volunteers had to tinker with the kids before looking for a new home for them.
Kittens need to be treated. They ended up in the house of Nikki, a young married woman. 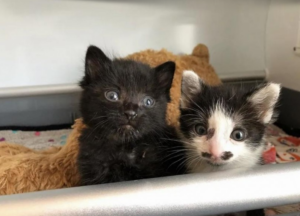 After the dump, they were bathed more than once, so that they smelled, finally, of delicious shampoo, and not garbage. Then they were carefully fed with infant formula — and the dried up crumbs fell asleep, clinging to each other.
Nikki got up to them on an alarm clock, fed and treated her eyes. And the kittens tried to recover with all their might. 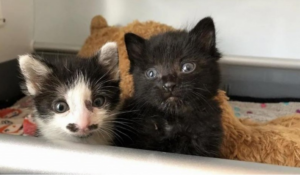 It took about a week for them to open their eyes and start playing. And Nikki and her husband love them so much that they don’t want to give them away to anyone. So the foundlings can be calm: they will no longer be on the street, the cold and hunger are behind them.