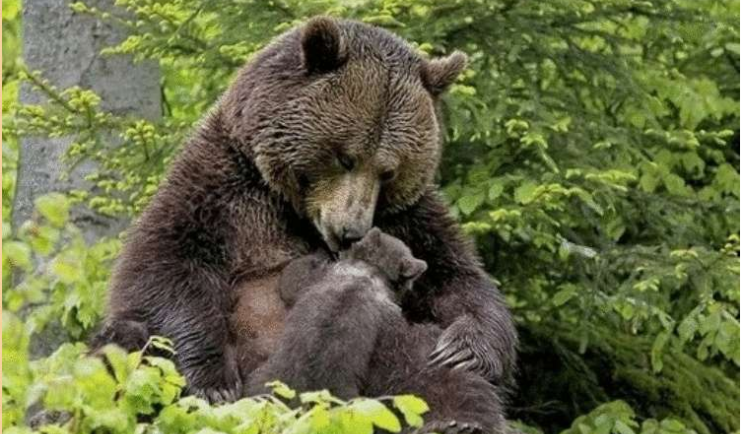 It was summer, it was morning, there was fresh air outside. The birds woke up before everyone else, and woke up the rest with their beautiful singing.
I put on a dress and decided to go to the lake. In the morning it is even more beautiful than in the village. The water in the lake is calm, and there is a light mist above the water, which covered the grass with small drops of water. We had only one road to the lake, and to get there we had to pass along the edge of the forest. 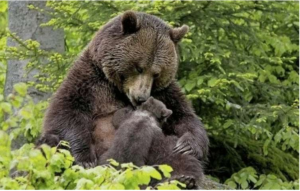 this also had its advantages, in hot weather, branched trees sheltered from the sun. Every morning something changed on this road, then the flowers will bloom, then the strawberries will ripen.
And this time I met a bear with cubs on the road. So as not to frighten them, I quietly sat down near the tree, and waited for them to pass.

We were not particularly afraid of bears, there were few of them in the forest, and they became frequent guests of the village. But you still had to be careful. But I didn’t manage to hide from her, the bear moved towards me, and pushed one of the cubs with her nose. 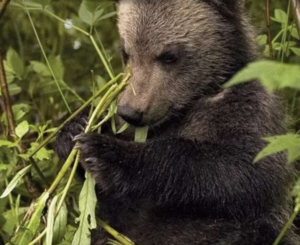 I was a little scared, the bear pushed her child towards me and began to move back. To understand what she wants, I began to slowly approach the bear cub.

The bear behaved calmly, I saw that the cub was holding a paw, it turned out that there was a large splinter in the paw that they could not pull out. I picked up the bear cub, and sharply pulled the skid, the little one growled, the bear took a step towards me, and on the contrary, I stepped back. In general, everything ended well, I helped the animal, and the animal touched me.
To be honest, I don’t know what I was thinking at that moment, anyone will tell me that this cannot be done. But I understood that they would not touch me, they needed help. In our forest, bears are not afraid of people, we have no hunters. Therefore, people are not touched.