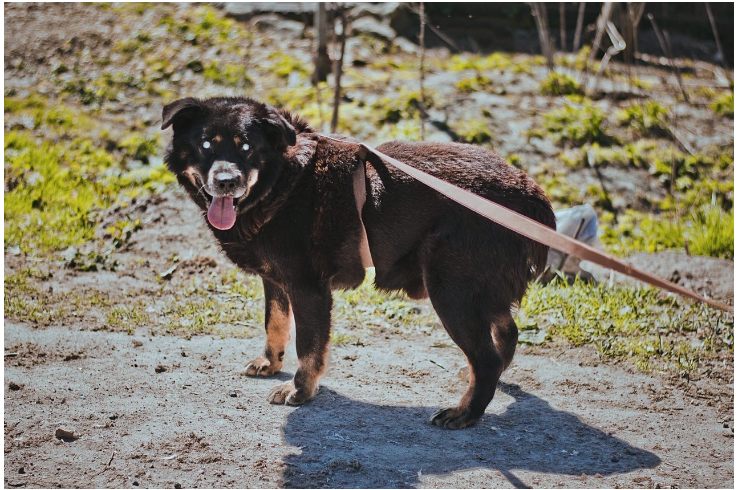 Rex is a large but very friendly dog. He always rejoiced at the arrival of guests in their house, because he knew that on this day he would receive more sweets than usual. He also loved children and even allowed them to ride on him.

Rex also treated cats positively. He got used to them, because they always had two such fluffies in their house, with whom he had friendly relations. It never even crossed his mind to chase cats.

Rex was a well-mannered dog and knew several commands. But he perceived their implementation as a game, after which he always got his favorite yummy.
This story happened on one of their evening walks in the park. Evening walks were much longer and more fun than morning ones, because his owner did not have to rush to work. And in the evening you could run enough among the trees, and if you were lucky, then chase the squirrels.

And today he ran briskly, occasionally glancing at the owner, so as not to get lost. And when Rex once again turned towards Denis, he noticed that two strangers were standing next to him. There was a note of intemperance in their conversation.
Of course, he did not understand what they were talking about, but he felt the danger and, therefore, decided to quietly approach the people. Are squirrels scared when he does this? 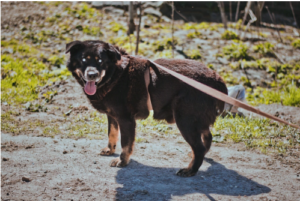 The interlocutors began to raise their tone and, as a result, one of them pushed the owner to the ground. This Rex could no longer forgive strangers. At that moment, he was a meter away from people who still did not notice him.

Rex scared strangers with his loud barking and angry grin
One of the strangers, out of surprise, jumped on the spot, and the other immediately began to run away. As they walked away, they continued to shout something towards Rex’s owner, Denis.
And for Rex, his favorite game began, so he briskly ran after strangers. He did not have a goal to catch up with men, it was much more interesting to run. Squirrels climbed trees, but humans didn’t, which upset Rex. It was not possible to enjoy the game for a long time, since Denis called him home.

Denis tried to explain to Rex what kind of people they were, using the example of squirrels. Dogs chase squirrels, and some people pester passers-by. And the owner sincerely thanked his pet for his help.

Rex was satisfied with today’s walk. And when they came home, the owner rewarded him with a double portion of sweets for his heroism.