Labrador named Charlie was 11 years old. The age for the dog is advanced, and then because of the disease of both eyes, the dog completely lost his sight. The veterinarians had to remove the eyes, and in his old age the dog plunged into darkness, to which it was very difficult for him to get used to. 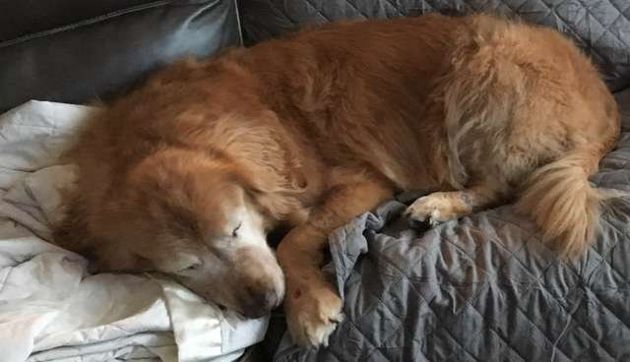 Charlie lay most of the day, and if he got up, then he began to have problems with coordination. The owners were already desperate and were preparing for the fact that the dog would soon leave them. 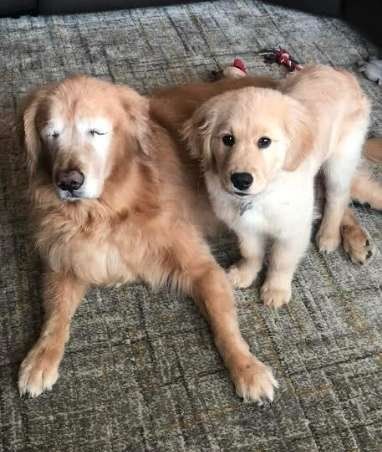 They decided to get a puppy of the same breed, and what was their joy when the puppy and the elderly blind dog found a common language. Despite his young age, Marley seemed to feel that his friend was not like everyone else. He treated him carefully, did not get out with games, but carefully put his toys right under his muzzle. Over time, Charlie even began to play with the puppy and move more. And once the owners saw a young dog leading an old one for a walk, holding on to a leash. So they started walking together. Friends spent a lot of time together, which could not but rejoice. Marley did not go far from Charlie and was always ready to help a friend. At the same time, he never tired the elderly dog and, if Charlie was sleeping, he simply sat next to him and guarded his friend.