A small dog was lying in the middle of the road in a scarlet puddle, but no one seemed to see her. The animal has long abandoned attempts to get up on its paws, because they only hurt, but did not bring results. The dog also could not crawl to the side, and there was no one to crawl to. The clip in the ear testified that the dog lives on the street. 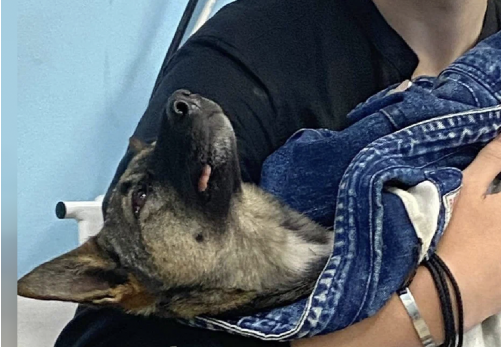 Valery and his girlfriend were passing by and saw a dog. Unlike other passers-by, they did not pretend not to notice the animal, but decided to help it. After wrapping the dog in a jacket, the couple carried it to the veterinary clinic. 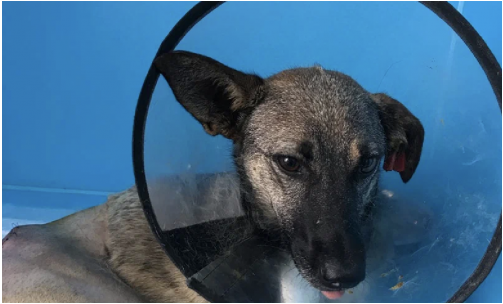 The dog was named Zhuzha. After an examination by a doctor, it turned out that she was the victim of a collision with a car, as a result of which she had a broken hind leg.

To help the animal, an operation was required, which cost 20 thousand rubles. The couple simply did not have that kind of money. The doctors nevertheless performed an operation on Zhuzha, because delay threatened the animal with death, and they allowed to pay for their work later. Our group took over the payment of the debt.