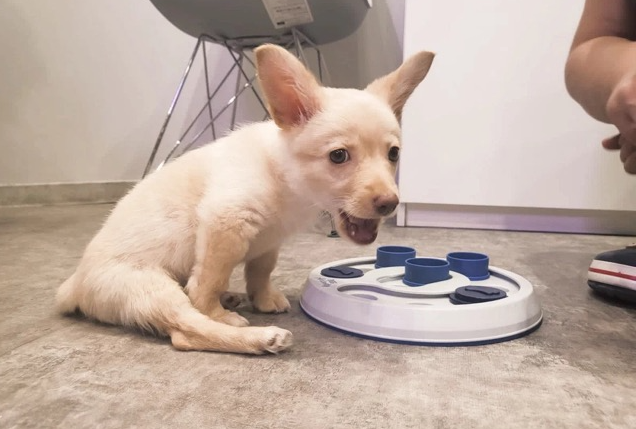 After reading this post, everything inside me turned upside down. It was written in the post that the puppy would soon be euthanized, since the doctors’ prognosis was bad and there was no one who would want to take the baby at least temporarily and take care of him. There was a clarification in the text that the puppy was sick, he could not move his paws and the cruelty of the person was to blame. The test was accompanied by a photo of a baby in a diaper, which looked unusually sad and touching. 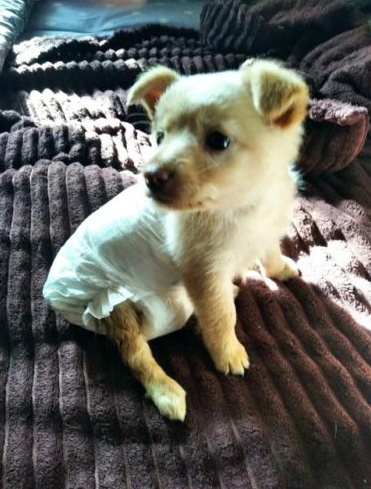 I could not leave everything as it is and took Zlata, and then took her to the capital. The clinic staff fell in love with this amazing girl at first sight. Pulling the baby out of the carrier, the veterinarian was touched, because the baby really looked very sweet and friendly.

X-rays showed that Zlata had problems with her paws precisely because of injuries received as a result of ill-treatment. No one in the clinic could understand how such a cheerful and affectionate puppy could be offended so much. If those who had beaten the dog had used a little more force, it might no longer be with us. 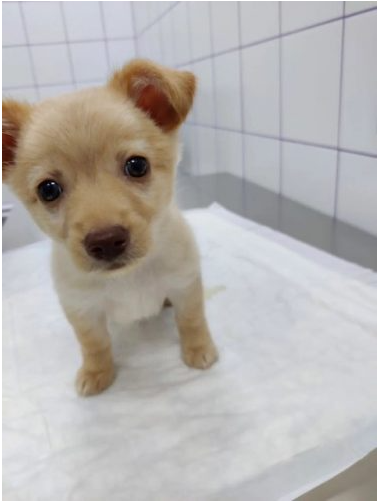 As it turned out, Zlata lived on the street in the Kursk region when the children found her and brought her home, but not in order to take care of her, but for «games», very cruel ones. As it turned out, these children often took helpless babies from their mothers and mocked them. One of the girls, who was only 9 years old, put the puppy on the windowsill … After that, the children lost interest in the «toy», because it «broke». It is terrible to think who and how brings up these children and what values ​​their parents instill in them.

Natasha saw gold. The puppy was held in his arms by a man, the baby was covered in mud and her own feces. Natasha took the puppy to her for a few days and wrote a post that struck me to the core. 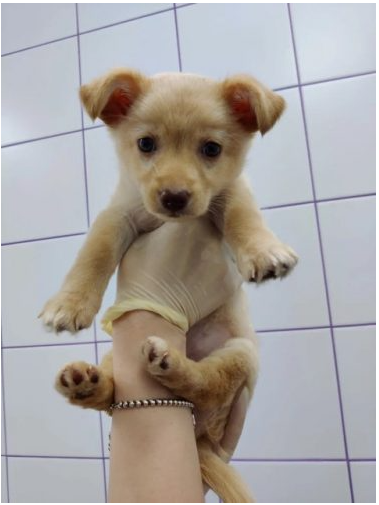 The examination revealed that in addition to problems with her legs, Zlata also had a skin disease. The baby has passed all the tests, now she has treatment ahead, but Zlata is very happy with her life, she is full of optimism and shows an enviable appetite. The baby loves to communicate with people very much and at night, when the clinic becomes completely empty, she is very bored.

According to the doctors, Zlata has a slight developmental delay, in addition, she needs to be well fed, which we are doing now. Zlata also needs educational toys with which she will pass the time and be active.