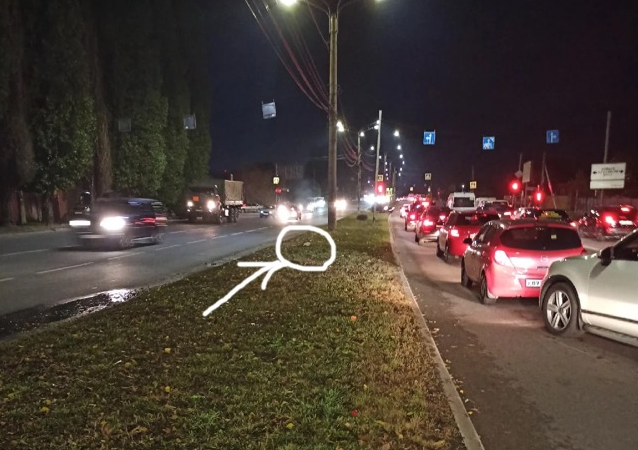 I noticed the kitten quite by chance, with side vision, paying attention to an unusual object on the dividing strip of the road. It took my brain a few seconds to understand that this is not garbage thrown out of the car by someone, but a living being, but as soon as I realized this information, I immediately started shouting that I need to turn the car around.

Katya looked at the road in the mirror in disbelief, but she didn’t see anyone there. She tried to convince me that the animal had appeared to me, but when I started to actively object, she rearranged herself in the second row in order to turn around. The part of the road leading to the break in the lane, which would have allowed the car to turn around, seemed incredibly long to me. When we finally managed to turn around, we realized that we were in a traffic jam. 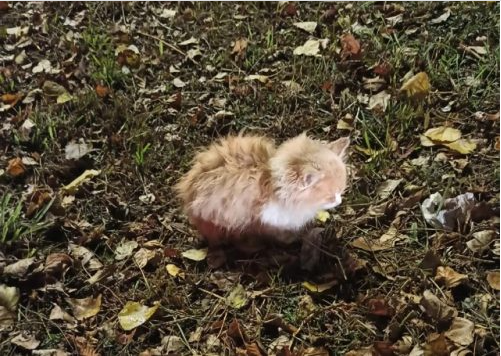 Cars were practically not moving, I realized that walking would be a much more acceptable option in the current situation. I didn’t remember the exact places where I saw the kitten, and I also couldn’t determine how far we had gone, so I didn’t know how long I had to go. We agreed with Kate that she will pick me up on the road as soon as normal traffic starts on the road.

After leaving the car, I realized that it was getting cold and wet outside, which is typical for the end of November. I had to walk along the dividing line, cars were driving from both sides, which also caused me anxiety and nervousness.

I think I looked very strange and even ridiculous, but at that moment it didn’t bother me. I walked quickly, driven by the thought that every minute a baby might try to run away from the dividing line and fall under the wheels of a car. 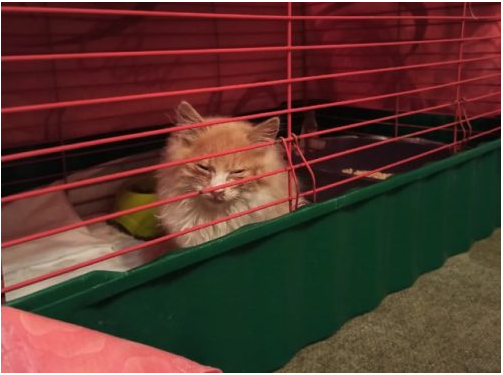 I saw the kitten from afar, fortunately, he didn’t move and still sat on the safe white strip in the middle of the road. I understood that it is necessary to approach the baby very carefully, so that he does not get scared and does not rush into the road.

Approaching the baby, I noticed that he didn’t even move. Most likely, the baby was so scared that he was afraid to move. I quickly picked up the kitten from the road and hugged him, trying to warm him and calm him down a little.

I didn’t have to wait very long for Katya, who was stuck in a traffic jam, but during this time, several tens of cars passed on both sides of me and the kitten. Some drivers looked at me like I was crazy, others simply ignored me, but most sincerely smiled and raised their thumbs to express their approval. Such support was nice to me, but the most important thing was that I saved the baby.