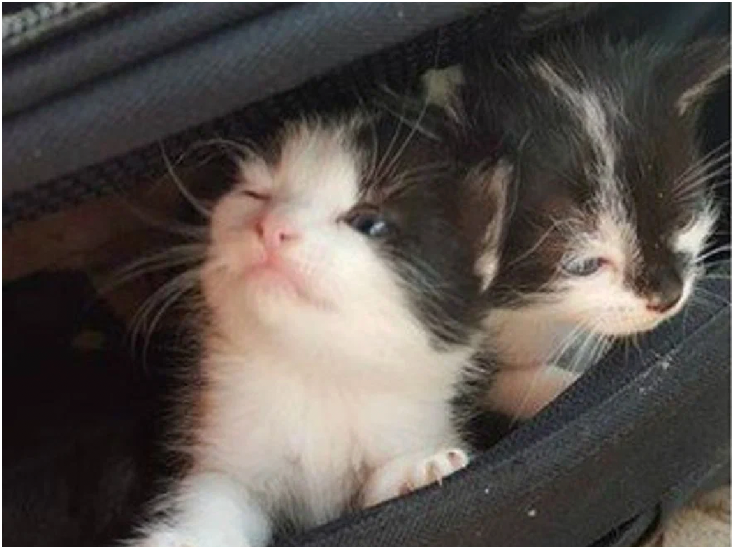 In the morning, Casey Sheridan took the child to school. Returning home, the woman noticed a suitcase on the side of the road. She was surprised not only that the suitcase was on the road, but also that it was brand new, as if it had only recently been bought. The Briton knew that things left unattended should not be touched, but her curiosity got the better of her and she decided to check the contents of the suitcase. Already approaching him, the woman heard that something was moving inside the suitcase. 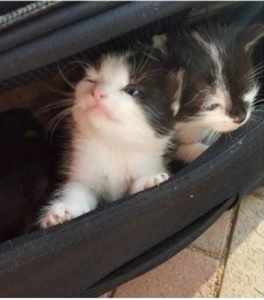 Opening the suitcase, Casey saw that little kittens were sitting in it. Judging by the brown spots on the lining, the babies were born in this suitcase, and their lives should have ended here if Casey had not shown curiosity. In Britain, the work of animal shelters is not particularly established, so the problem of homeless cats in this country is quite acute.
In the suitcase were not only kittens, but also a note that confirmed that the British should not count on help from animal rights activists. On a piece of paper it was written: “They need help. We called all the shelters in the area, but no one wanted to help us. I just have no other choice, I can’t keep these animals.» 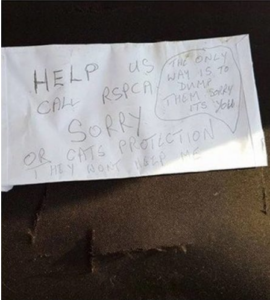 British shelters are full, so to get a pet there, you need to sign up in advance and wait for your turn, which can take months. It is almost impossible to give an animal to a shelter without waiting. Whoever locked the animals in the suitcase obviously faced rejection from all the shelters, although when he decided to lock the kittens in the suitcase, he should have thought about making holes through which air would enter.
Casey couldn’t leave the kittens on the side of the road, so she took them home. The woman repeatedly called all the nearest shelters, but no one agreed to pick up the kids. Casey took the babies to the vet and then asked her friend to take care of them, who had several pets, she knew how to take care of them. Now the kids are safe, and the women are looking for new owners for them.