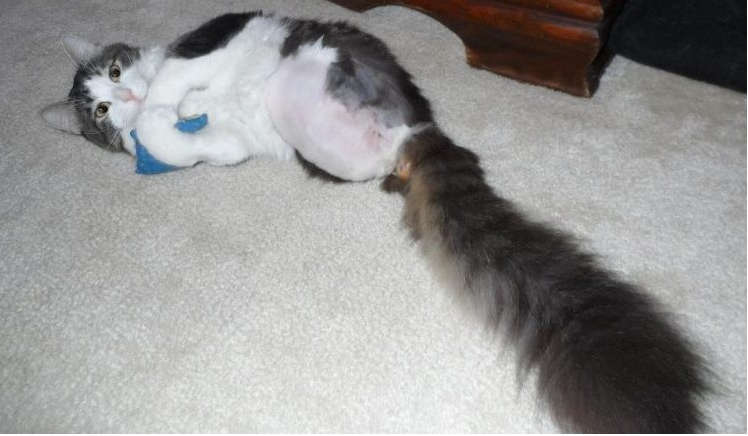 If something didn’t work out, even at the gene level, it’s too early to give up. Living beings can adapt to anything, find strengths where no one would have thought to look. So it happened with a small brave kitten. Heroic, like a Jedi, he was even called Anakin.
From birth, he does not have part of the pelvic bones, the hind legs have not formed either. If the baby survived, he had to crawl all his life, as nature decreed. But Anakin was not going to knead the dirt with a fluffy fur coat. 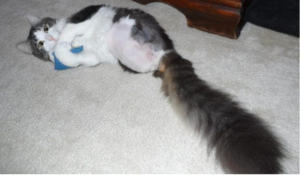 He has grown a stronger tail, leans on it — and moves well in his feline affairs. Strong front paws with claws help him even climb trees like a decent cat, so over time even Skywalker began to call him. This is such a unique one. In character, he is also in Skywalker, horror, like the movie Anakin, does not catch up with anyone.
The story of a kitten… Anakin’s owner took him in spontaneously, she had a cat and one purr was enough for her. And then the second, and even so peculiar. 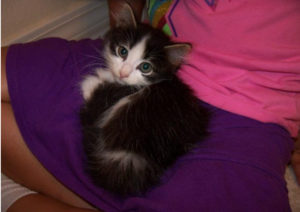 And the two-legged kid lived in a pack of stray cats, with them he came to beg for food from the workers who set up a gatehouse near the construction site. The kittens were not given into the hands, but the volunteers launched a whole operation to catch the vagrants and give them a chance for a healthy, well-fed life. 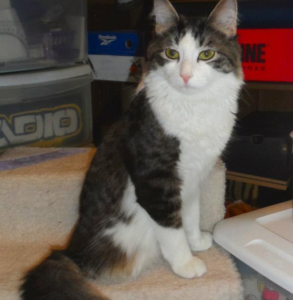 Anakin was sent to the veterinarian urgently, but the verdict surprised everyone: the defect is congenital, the cat does not suffer from pain. Doctors were only amazed at how cleverly the baby adapted. Not every trained cat can move like this with two front legs.
They examined the cat, treated it for parasites, and were amazed: how strong and strong its tail has become from constant exercises! This is a pillow if you need to sit down, and balance support while moving.

Anakin does not know that it is possible to live differently, so he lives as he knows how. He plays, enjoys life and replies with kindness for kindness.