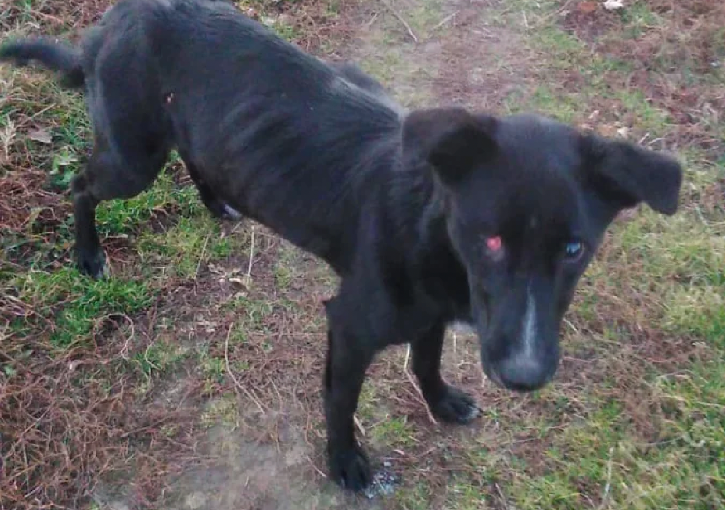 The dog was taken out of town, brought into the forest and abandoned there. Fortunately, people did not tie her up, and she was able to get out to the road.

Judging by the condition of the dog, before she ended up in the forest, she was beaten and mocked in other ways. 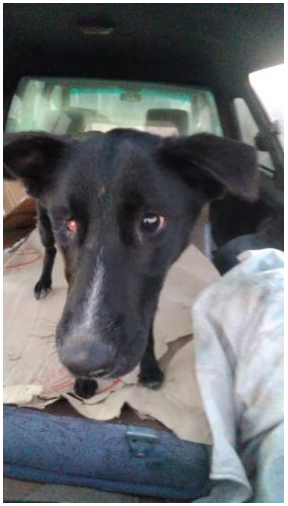 When I first saw the dog, I decided that it had no eyes. The animal was weak, because of the trees on the roadside, it literally crawled out. The dog was noticed by a man who was collecting brushwood on the outskirts of the forest, he took pity on the animal, so he immediately loaded it into the car and drove to the veterinarian. On the way, the man stopped several times to check whether the dog was breathing or not, it was so weak. 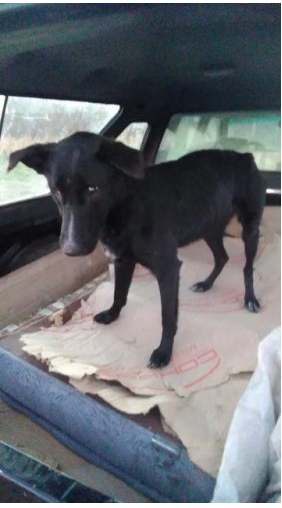 The animal was so emaciated that its weight was practically not felt. In the clinic, the dog was warmed and fed, and in the meantime the man contacted us. The fact is that the man was already taking care of 15 dogs that he picked up on the street and he simply could not take responsibility for the life of another animal. We became the guardians of the dog.

Today we took the girl to the vet. The examination confirmed that one eye could not be saved, and also that she had lost it, most likely due to the cruelty of people. 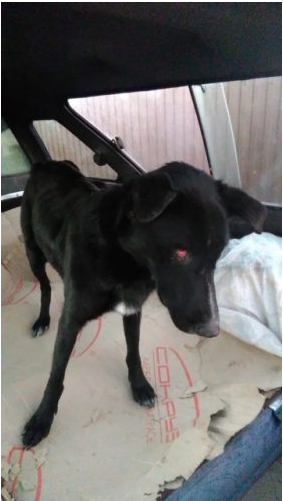 The doctor talks about the need for an operation, but not before the dog gains weight and gets stronger, because in its current state it may not wake up after anesthesia.

We are not in a hurry, because our task is to make sure that the girl is healthy. She turned to us for help, and we will definitely help her.