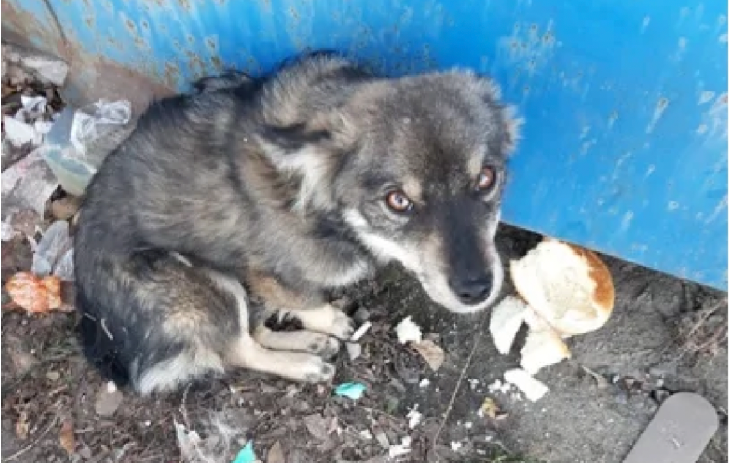 The look of the dog in this photo touched me very much. The dog was small, outwardly resembled a wolf cub, while even in the photo it was clear that her eyes glow with trust and hope. The dog’s posture was constrained, it was clear that she was cold and tried to warm her paws, tucking under her. There were frosts outside, the thermometer readings fell below minus 10. Next to the baby, a piece of bread, already fairly covered with frost, was visible. 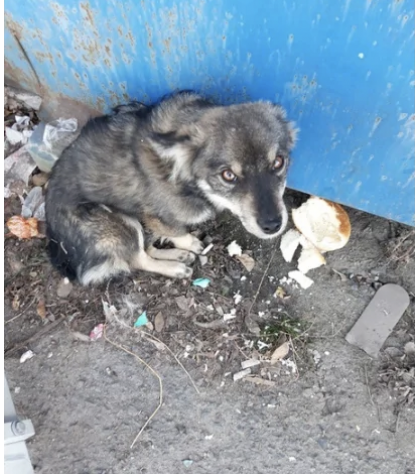 I understood that the dog needed help, especially since the post about it did not attract due attention and no one responded to the call to pick it up. While I dialed the number indicated in the post, I kept hoping that someone had already taken the baby from the street and warmed it up …

— Good afternoon. I saw your post about a dog that can’t walk. Has anyone taken it yet?

“No, she’s still at the store,” the woman said.

— maybe take it somewhere warm, at least for a while?

— I can’t pick her up, I have a rented apartment, and the owner is against animals. I noticed it on the way to work, covered it with a cloth and wrote, maybe someone will help. 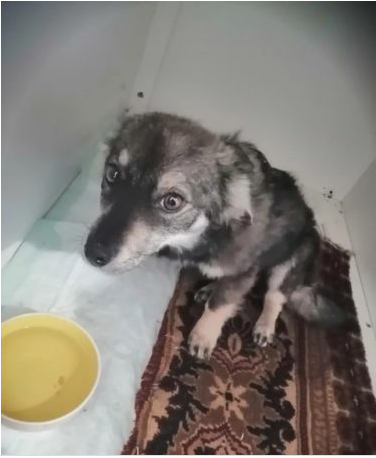 To be honest, every day, with every such situation, I become more and more disappointed in people.

It’s hard to even imagine how a small dog felt, which all day lay on the cold concrete steps near the store. More than one hundred people passed by her, but no one helped, no one caressed and warmed her, did not give her even a minute of their attention. What did she see in the eyes of people passing by? Indifference? Contempt? Disgust? Anger? How to explain to people that an animal cannot take care of itself, see a doctor or go to a shelter. Animals need the help of people, those who can find a veterinarian, a shelter or volunteers in a few minutes using a mobile phone who will help, in the end, they can take the animal to where it is warm and not in danger of frostbite.

By phone, I asked the girl to find a taxi that would bring me Valechka, that’s the name I gave the dogs. I was in Kursk, and Valechka is 60 km from the city. Only one taxi driver agreed to take the animal, who asked for a little more than a thousand rubles for his help. The girl refused to accompany the dog, so Valechka went to Kursk alone, huddled in the back seat of a taxi. We had to pay extra for the driver, because he simply refused to wait at the clinic until the volunteer arrived.

To help Valechka, a volunteer came to the clinic in the middle of the night, only it turned out that a bad specialist was on duty that night, so the dog was not diagnosed, sent home to wait in the morning without any treatment. The veterinarian said that everything is fine with Valya and when she warms up she will feel better. Valechka went to stay with Alexander, one of our volunteers who takes care of several animals with disabilities.

Despite the fact that Valyusha lived on the street, in the new house she behaved well-mannered and polite, did not create problems for either Alexander or his other wards. The girl is very affectionate and calm, she stoically endures pain, only clinging closer to her rescuer and licking his hands, but not whining and crying.