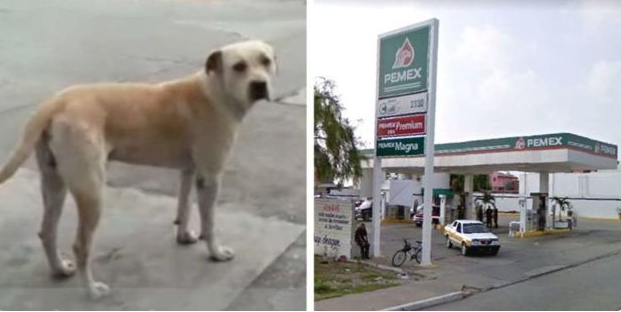 Dogs are amazing creatures. They often come to the rescue in a difficult situation, although they were not specifically trained to do so. One of these heroes is a homeless dog from Mexico named Randy.

A homeless dog came to a gas station in Tamaulipas a couple of years ago, he was thin and hungry. He seemed to know that good people work here, and he was not mistaken. The staff greeted him warmly, fed him and allowed him to stay. Gas station owner Gerardo Aguilar washed the tramp himself and took him to the veterinarian for examination and vaccinations. 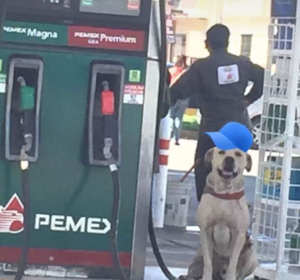 The dog, nicknamed Randy, quickly became the favorite of all the staff — everyone tried to caress him and give him something tasty. The dog also treated everyone with sympathy and friendliness, and when the opportunity presented itself to repay good people for shelter and food, he did it without hesitation. 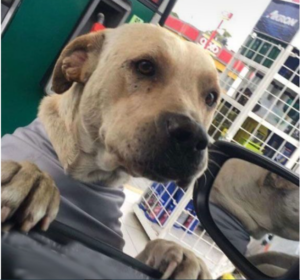 One day, two robbers raided the gas station during the night shift. They demanded that the officer on duty open the office and give them all the money that was there, and when the officer refused to do so, they began to beat him. The noise of the fight woke Randy, who was sleeping on the skalade. He immediately rushed to help the worker, and together they drove the robbers away. The dog barked furiously and it was clear that he was not joking — everything that happened was left on the video camera installed at the gas station.

So Randy — a simple street dog with no training course — repaid people for their kindness, and at the same time became a hero of the state. Now the thieves bypass the gas station, they know that Randy is guarding it and he is constantly on the alert.
After this incident, customers at the gas station increased. Many drivers stop here to see the local celebrity and express their admiration for the dog.