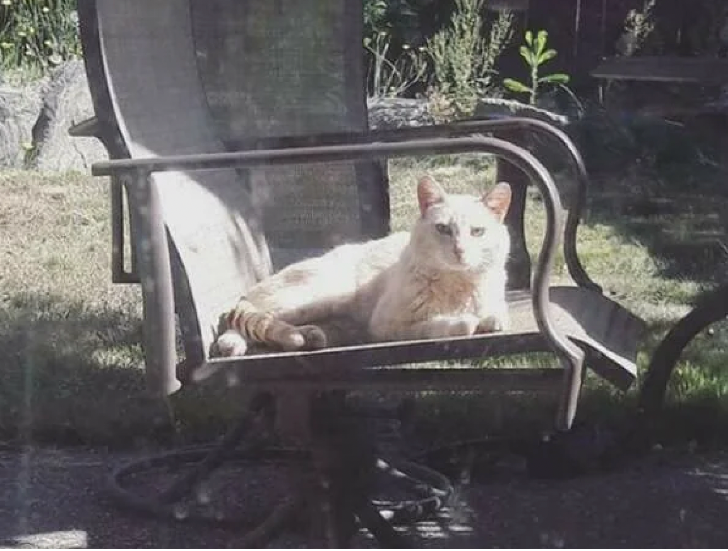 The text of the note contained a request to take care of an elderly cat. The note said that the cat was already 12 years old and had lived all his life in the backyard of this house. The cat is a bit wild — he comes to the house to eat every day, but is not given to people in the hands. Recently, the cat injured his paw and it was difficult for him to find food on his own. The former owners of the house asked the new owner to feed him if she would not mind.
The cat was lucky, because Miranda was very fond of animals and five cats moved to the new house with her, most of which she picked up on the street. The girl named the elderly red cat Raz and began to win his trust. 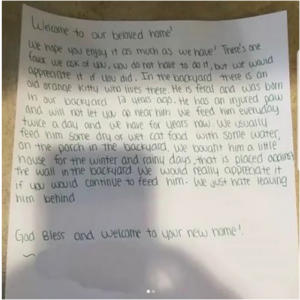 Raz quickly realized that the girl would not offend him, so the very next day after meeting her, he boldly approached the door of the house. Very quickly, Raz became friends with both Miranda and her pets, although for a long time his behavior remained wary, as if he could not fully believe in the warm feelings from the person. 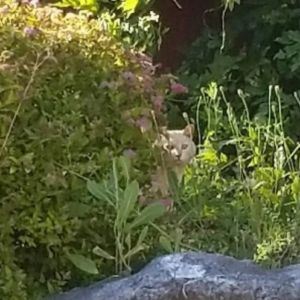 Since he spent his whole life on the street, this influenced his character and habits, which are not at all easy to change at such an honorable age. He never allowed Miranda to pick him up and does not stay in the house. The cat’s paw has healed, and he spends most of his time in the yard, although he willingly plays with other cats when they go for a walk. Miranda leaves food for Raz every day and is used to having another pet that still remains half wild.