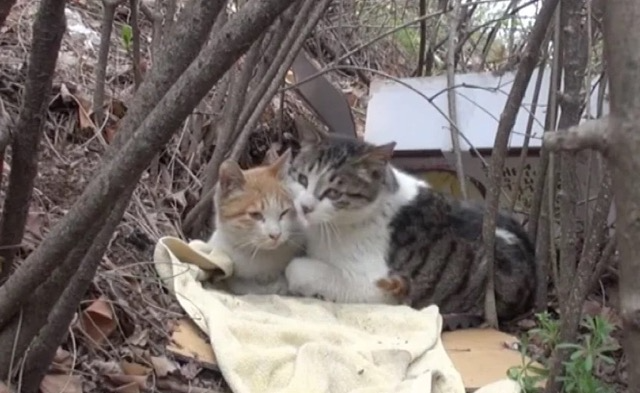 Nabi and Norang were ordinary street cats, they were different from other brothers in that the cat and the cat were sincerely in love with each other. This couple was inseparable, according to locals, they always walked together and shared food, which they managed to beg from passers-by. When the cold came, the cats warmed each other, such love and mutual care helped them survive even in the most difficult days. 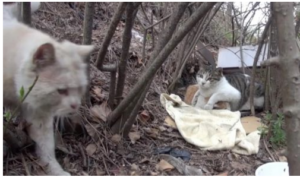 One day, a misfortune happened — Norang got hit by a car, her hind legs were injured. With great difficulty, the cat reached the couch, but could no longer get up from it. Nabi tried to protect his beloved in all ways available to him, in particular, he drove away other animals from her, brought her food, warmed her at night. Not many among people are capable of such attention in relation to their soulmate, for animals such behavior is all the more rare. 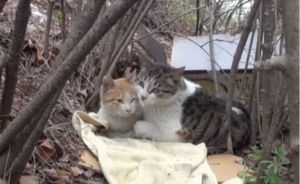 One day in the market, Nabi was able to beg for food, but he did not eat it himself, but immediately ran to the couch to feed Norang. This behavior surprised the woman, so she followed the cat to understand where he went. So it became known that Norang asked for food not for himself, but for an immobilized girlfriend.
The woman took a picture of the animals and posted it on social media. Hundreds of Koreans responded to the call for help, as a result, the cats became the wards of animal rights activists. Norang was in the hands of veterinarians who helped her recover, Nabi also received the treatment and care he needed.