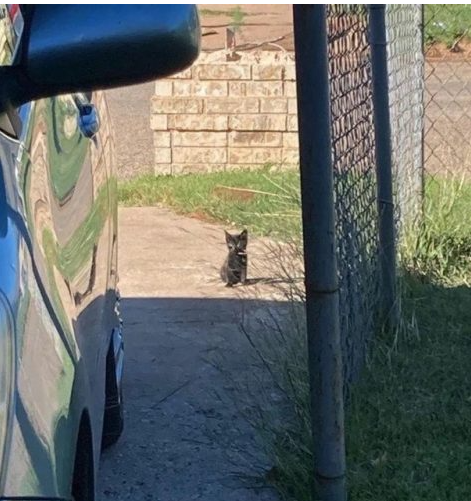 You can often hear that indifference and unwillingness to do something is worse than unsuccessful attempts to do at least something, but sometimes the waiting tactic still turns out to be very effective. It was a homeless cat who decided to wait for herself, who decided to find a family and a home. Every day the cat came to a private house, sat on the path leading to the house and just sat.
The cat did not cry and did not pester people, did not try to enter the house or attract the attention of people. She just sat quietly and waited. When they first saw an animal on their path, the owners of the house did not pay attention to it, because street cats are not uncommon in the private sector. When the cat began to appear daily, the residents of the house were somewhat surprised, and after a while they began to worry. The cat did not change its behavior all this time, it just sat quietly on the path every day and waited. 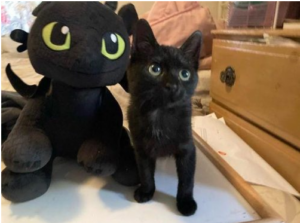 After a while, the residents of the house realized that since the cat comes to them every day, it would be worth getting to know her better. As it turned out, the cat needed medical attention. Like many outdoor animals, the cat had some health problems, although not too serious. People decided that they would immediately help the cat and cure it, and then they would decide what to do next. The family plans were to search for a new home and owners for the crumbs. 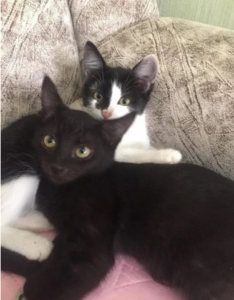 After a couple of days, the family realized that they would not look for other owners for the cat. The animal was so small and weak that at first it had to be fed with a syringe, and then rocked in her arms, just like a child, otherwise the baby simply could not fall asleep. A couple of days of intensive treatment made it possible to get rid of a runny nose, take control of an eye infection and eliminate other consequences of street life. By the time the cat recovered and grew up, it became clear that she managed to become a member of the family and no one would look for her new owners. So the cat was named Candy and she began a new, happy life.