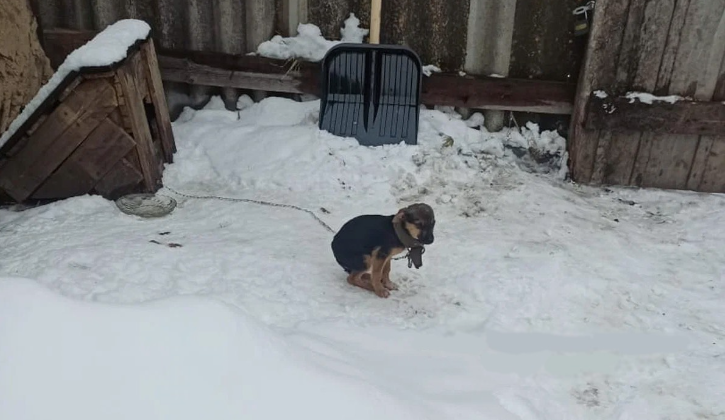 That day, Anna and Elena took the cat, which was in their care, to a new home. The girls thought that they would talk to potential owners and leave them a cat and could not imagine that they would return home not only with a cat, but also with a puppy … 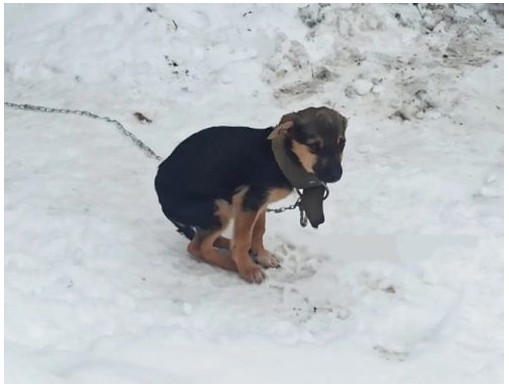 The girls drove up to the house and went into the yard, what they saw outside the gate amazed them: a puppy was sitting in the yard, he was tiny and very frightened, and also, obviously very cold. The puppy’s paws were very thin, and the stomach, on the contrary, was very swollen, most likely from the dominance of parasites. The kid was sitting on a short chain that stretched from an old and almost collapsed booth. Around his neck was a collar, large and heavy enough that the puppy could hardly raise his head.

The girls did not give the unfortunate owners of the cat to such, they took the puppy with them, moreover, the owners were not against it at all. As it turned out, the baby was given to them by friends who had 12 puppies, apparently due to an oversight of the owners and their unwillingness to sterilize their pet. 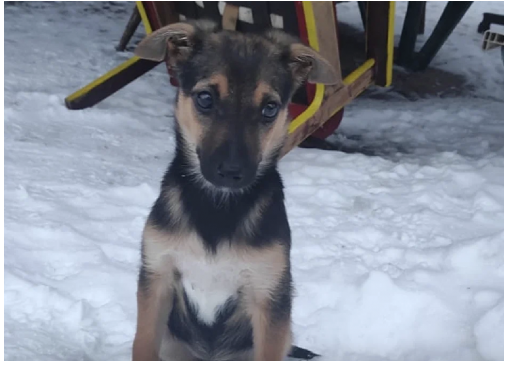 Unfortunately, life on a chain, in the cold in winter and in the heat of summer is the fate that many dogs are destined for if they are taken into the house solely to guard the yard. Even homeless mongrels sometimes live better. Dogs can be kept on a chain, but on condition that they are allowed to walk at night, they are taken out for walks, and their booth is warm, protects from rain and wind, the food is correct and balanced. In such a situation, chain keeping will not adversely affect the life and health of the animal. 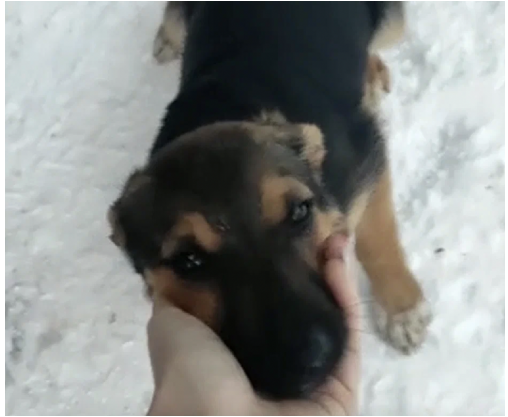 Putting a tiny puppy on a chain, and even choosing a collar that is too heavy for him, offering him a rotten and cold booth as a shelter, while still not taking care of his food and not treating him for parasites — this is complete indifference , but rather even cruelty towards the animal. I can’t understand why take a dog into the house if you can’t, or rather don’t even want to, take care of decent conditions for her.

They named the baby Knopa and found her overexposure, removed the parasites, and made the necessary vaccines. She recovered a little, got stronger, and instead of fear, joy shone in her eyes.