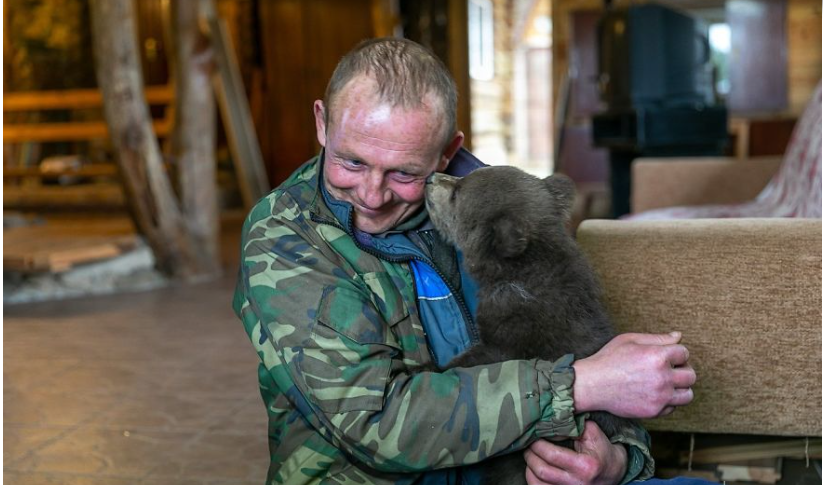 A completely unexpected guest wandered into the village of the Borisov region of Belarus. It was a small, hungry and emaciated bear cub looking for food. He was still so tiny that he himself would not have survived in the wild.

Fortunately, the owner of the local farm, Nikolai Terletsky, saw the baby. He could not leave the foundling alone and decided to take him to the farm. 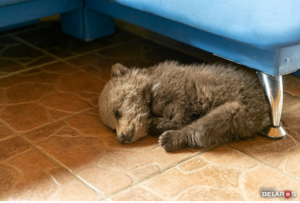 Having fed the baby, the man began to call all authorities to find out his further actions regarding the animal. He was offered two options: either return him to the wild, or euthanize him.

The fact is that brown bears in Belarus are listed in the Red Book, as they are on the verge of extinction. It is prohibited by law to keep this type of animal in your home. Zoos still do not accept such babies, so Terletsky was left with the same answer: either let him go or put him to sleep. 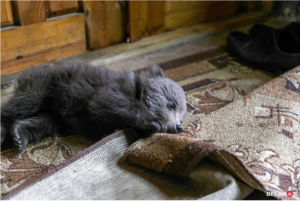 But the farmer decided to try to save the bear cub. For about two days, the huntsmen combed the nearby forests in search of his mother, but unfortunately they could not find the bear.

As a result, the commission issued Nikolai Vasilyevich a document confirming that he could keep the bear cub on his farm.

The bear cub was named Vasilisa, now she is safe and curious about the world around her. And Nikolai Vasilyevich plans to build a large aviary with an observation deck for the clubfoot.