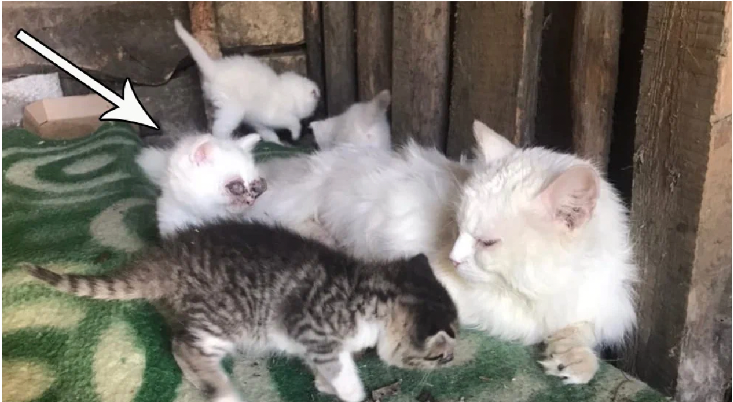 Four kittens were born in a warm barn, where their mother was taken in by a caring woman. The kittens were adorable. They clearly had the genes of a lop-eared cat. Over time, the kittens developed health problems that were visible to the naked eye.

Neither the woman who adopted the cat with the babies, nor we, nor even the veterinarians knew what caused the disease. Doctors suggest that the disease may be the result of both intrauterine infection and infection received after birth. 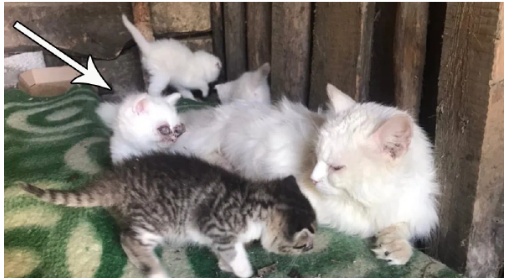 The condition of two of the four babies was especially alarming, their photos were simply horrifying. Serious damage to the eyes was clearly visible, one look at this raised questions about why the babies were still alive. The infection has already irreversibly damaged the eyesight of the kids, but then it could go to the brain and lead to death, so it was decided to urgently save the kittens.

The world for these kittens has lost its colors and images, it has become a set of sounds, smells, touches. Kittens will never be able to see the world around them, but at the same time, the lack of vision will not prevent kittens from living a full life and being loved. Their lives can be happy, and it is for the sake of this happiness that we will do everything possible to save their lives. 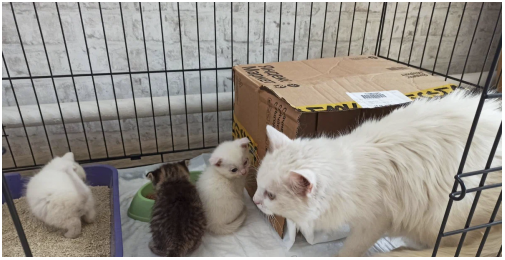 The other two babies were not so badly hurt. The ophthalmologist examined them and found damage to the eyeballs, but proper treatment can eliminate them.