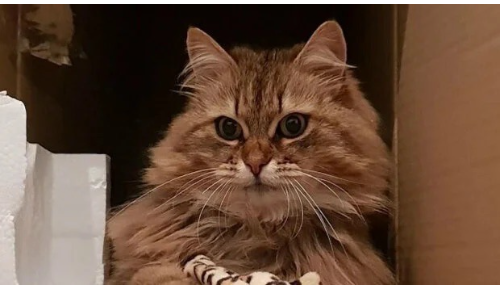 Alice and Clark Cole live in a small British town. The spouses have a favorite pet — a Siberian cat with a good pedigree. The pet was called Tula, after the name of the city in Russia. The cat seemed to know that blue blood flows in her veins, because she behaved like a member of the royal family, completely intolerant of familiarity even from her owners, Alice and Clark. The proud disposition of Tula turned out to be nothing more than an image created for the owners. This circumstance turned out unexpectedly — after a walk, the owners of the animal noticed a note on his collar. 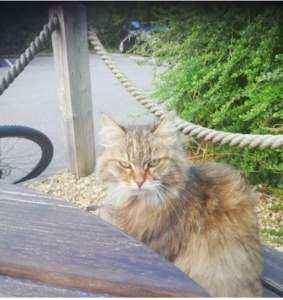 In such an unusual way, employees of a local restaurant decided to contact the owners of Tula. The author of the letter claimed that all employees of the institution, and this is one of the most prestigious restaurants in the city, constantly feed the cat. The author of the letter also asked if the cat has owners if it is constantly begging in their kitchen. Judging by the tone of the message, the employees of the establishment were outraged that the owners did not care about Tula and left her hungry. In fact, the people who wrote the note were wrong — Tula ate well, eating only expensive foods recommended by a veterinarian. 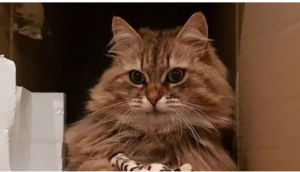 After a while, it turned out that Tula not only went to an expensive restaurant to ask for food, she also did not disdain the more modest treats that she managed to beg in a nursing home, which was located in the same area as the Cole house. Kitchen workers in this institution claim that Tula did not even ask, but simply took buns with meat from the hands of elderly guests. The owners learned about such unworthy behavior of the pet from the story of acquaintances.
The owners of Tula tried to shame the cat, because it is a real shame to beg from her pedigree, and even more so, to take food from the elderly. Tula, judging by her expression, did not feel any remorse. She carefully looked at the owners, and then, with a proud look, turned around and went for a walk, perhaps hoping that she would be able to get something tasty.