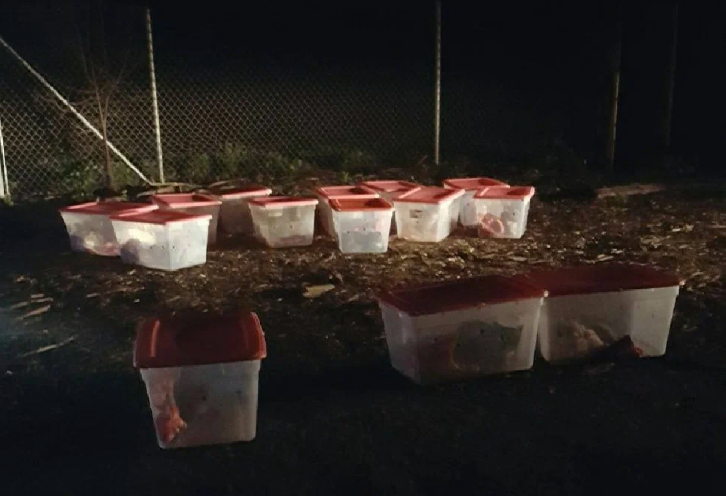 On a winter morning, the staff of the shelter, as always, arrived early for work. At the very door of the building, a very unusual surprise awaited them: near the shelter, plastic containers stood on top of each other, through the transparent walls of which it was clear that a cat was sitting in each of them. There were 14 containers, and even the most experienced workers of the shelter have never come across anything like this. It was not clear when they decided to throw the cats into the shelter in such an unusual way, but it was cool outside, so, barely recovering from surprise, the workers hurried to bring the animals to a warm room.

Inside, the unusual find was examined more carefully. All containers were closed with pink lids, air holes were also drilled in a certain order, their location on the containers was identical. The employees realized that all the cats were brought to them by the same person, who, in a sense, was very pedantic.

The cats that were in the containers were also very interesting. One container contained a cat with two babies, the rest contained cats whose ages ranged from a few months to three years. After examining the animals, the shelter staff came to the conclusion that they are all in one way or another family ties. 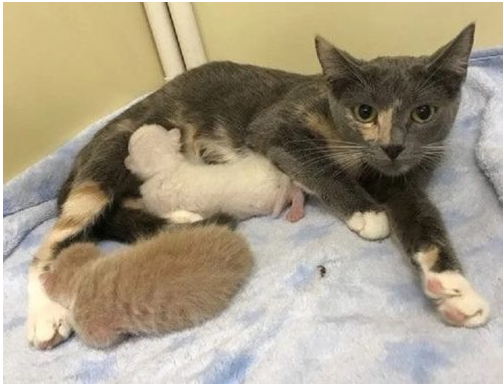 All cats had polydacty — an extra toe on their paws. Who and why gathered this unusual family and why he decided to transfer them to the shelter in such an unusual way remained a mystery.